The Redundancy Action Scheme II (ReAct II) is a programme of funding for training provided by the Welsh Assembly Government for people living in Wales who are facing redundancy.

Get two packages for taking on someone who has been made redundant.

1. Employer Recruitment Support funds employers who recruit individuals made redundant in the past six months. The award offers up to £3,000 paid in four installments as a contribution towards wage costs.

2. Employer Training Support is a separate discretionary fund of up to £1,000 that an employer can put towards the cost of the new recruit’s job-related training.

Who qualifies for the funding?

The funding is available to your business if the individual you wish to recruit is under formal notice of redundancy or has become unemployed in the last six months as a result of redundancy. The individual must have been a resident in Wales at the time they first became eligible for ReAct II.

Employer Recruitment and Training Support is available if:

Important note: Individuals who might otherwise have been eligible are disqualified for funding if they have:

You can get more information on ReAct II from the ReAct Team in Chepstow, from your local Careers Wales office or from Learning and Careers Advice on 0800 100 900. 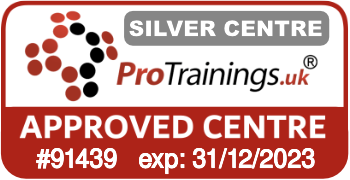 We are the experts in first aid. An Office of Qualifications and Trade Body approved first aid training provider and a distributor of leading first aid and safety equipment. We have an unrivalled level of knowledge and experience so you can rely on us! Company Number: 12641339 | DUNS Number: 225944338 © Remote First Aid and Pre-Hospital Training Ltd 2020. All rights reserved. REMOTE FIRST AID AND PRE-HOSPITAL TRAINING LTD. Registered Office: Unit 5 Riverside Court, Beaufort Park, Chepstow, Monmouthshire, NP16 5UH.

We use necessary cookies to make our site work. We'd also like to set optional analytics cookies to help us improve it. We won't set optional cookies unless you enable them. Using this tool will set a cookie on your device to remember your preferences.

Necessary cookies enable core functionality such as security, network management, and accessibility. You may disable these by changing your browser settings, but this may affect how the website functions. Cookies

We'd like to set Google Analytics cookies to help us to improve our website by collecting and reporting information on how you use it. The cookies collect information in a way that does not directly identify anyone. You may enable your settings by clicking the off/on button'. Off / On

Any cookies that may not be particularly necessary for our website remotefirstaid.co.uk to function and which are used specifically to collect your personal data via analytics, adverts and other embedded contents are termed as non-necessary cookies. You may opt out of these non essential cookies at anytime you visit our site. By simply clicking the disable button above.